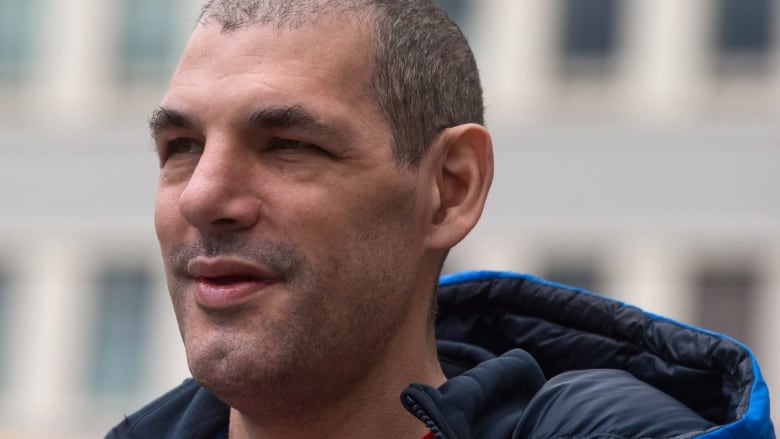 Former Vancouver Canucks' enforcer Gino Odjick pauses to look at the hundreds of fans that gathered to support him outside Vancouver General Hospital on June 29, 2014. (Darryl Dyck/The Canadian Press)

Former Vancouver Canucks enforcer and fan favourite Gino Odjick has died at the age of 52.

His death was confirmed by the team and his sister, Dina Odjick, on Sunday.

"Our hearts are broken. My brother Gino Odjick has left us for the spirit world," Dina wrote on Facebook.

Odjick played in the NHL from 1990 to 2002, including eight years in Vancouver and two in Montreal.

Odjick, who played 44 playoff games with Vancouver and Montreal, scoring four goals and an assist, often elicited the chant of "Gino, Gino" from fans who appreciated his fierce style of play.